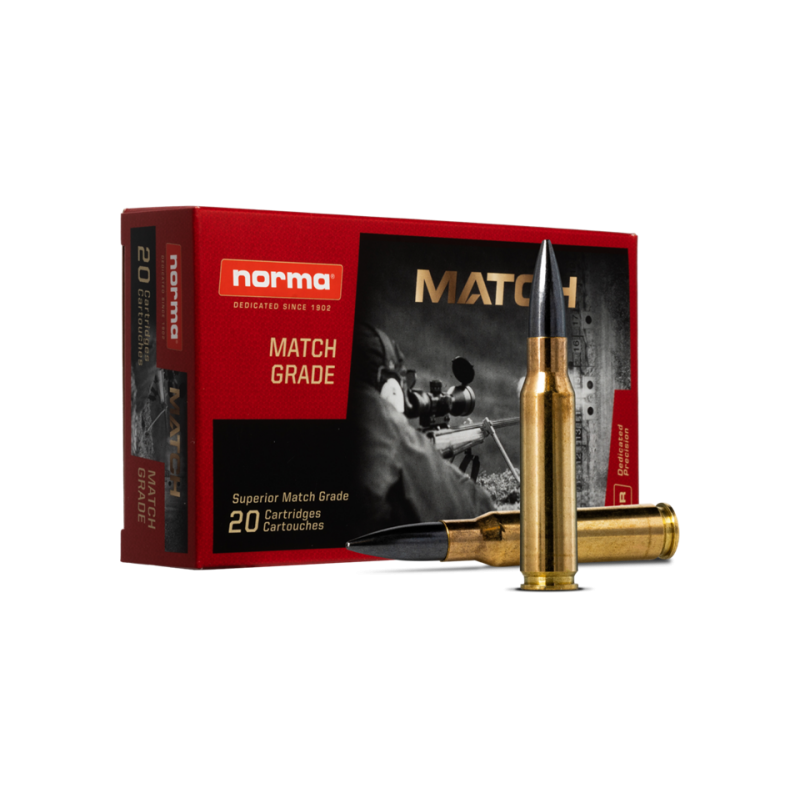 This is the sporting version of 7,62x51mm NATO. It was introduced by Winchester in 1952 - only a year after the new NATO cartridge. As most other military cartridges it was expected to become popular for hunting quickly and Winchester wisely decided to make a civilian version with their name.

The purpose of the new military design was to make a more compact cartridge with a quicker cycle rate than the .30-06, and enabling a soldier to carry more rounds. It also has excellent accuracy potential and is favored by many target shooters. As the .308 Winchester fits into short bolt actions and delivers almost the same energy as the .30-06 with medium weight bullets it has become one of the most popular cartridges in the world.

The case capacity is not suited to bullets much heavier than 180 grains, however, and accordingly some hunters finds it too light for the largest species like the big bears. It is important to know that the .308 Winchester is not entirely identical to the 7,62 NATO in all dimensions due to differences in tolerances, and some rifle chambers cannot handle military ammunition.